Cities in Russia that are an absolute must-visit for tourists!

From historic cities and idyllic countryside to epic train rides and vodka-fuelled nightlife, Russia offers it all! Whether you’re a culture vulture or simply looking to walk through ancient walled fortresses and swirly-spired churches, Russia has something for everyone. It is a perfect place for those looking to climb lofty mountains, go white-water rafting, or see an active volcano. The country is a collection of distinct territories. It covers vast geographical distances and varied cultures.

Thus, in Russia, the possibilities are endless – so much so that it’ll make your head spin! Russia is a country of epic proportions. Its elegant and grand cities mirror this sense of size in their layout and design. The wide streets, colossal fortresses, and beautiful boulevards will delight every traveler. In fact, some of the cities in Russia offer a perfect mix of old and new. Soviet-era architecture and modern bars and shopping malls are all coexisting in perfect harmony.

The home to over 12 million citizens, Moscow is the capital city of Russia. It’s not only the largest in the country but also in the continent. The city has a rich historical and cultural background that is truly worth exploring. From picturesque views to diversity in culture, Moscow stands out from other cities in Russia. Apart from the cultural heritage, the geographical location of the city makes it a unique place in the country.

While walking through the beautiful streets of Moscow, at first, the magnificent architecture and its overwhelming view attract the attention of the tourists and make them fall in love with it. Kremlin or Kolomenskoe Museum is one of the remarkable tourist attractions offering a wonderful sight of ancient Russian architecture. Apart from the architecture, Moscow is the home to famous museums and galleries. Moscow Museum of Modern Art, The Pushkin State Museum of Fine Arts are some of the remarkable names.

Wait! There are still many things that Moscow can offer you. The rich theatrical tradition, the world-famous Opera, and ballet performance have some magic in it that engages the attention of the audiences. Also, the exotic taste of Russian cuisine is worthy to explore during your vacation in the capital city of Russia.

Founded back in 1703 by Tsar Peter I, St Petersburg was intended to showcase imperial Russia’s power and growing status in the world. Soon, it grew to become Russia’s first great, modern city. To many, it feels every bit like the imperial city that has its historic heart frozen in time. Its elegant canals, grand cathedrals and palaces, and leafy parks make it a great travel destination. In fact, its Italianate mansions, striking plazas, and neoclassical architecture gives the city a European identity.

It’s a laidback way of life, tons of dining and shopping options, and fantastic nightlife has made it an absolute hit among travelers.

Often described as Russia’s San Francisco, the city may seem much like Anchorage, Alaska, in the cold winter months. The fact that the place is closer to the USA’s west coast than to Moscow, makes it all the more fascinating. It’s the last stop on the famous Trans-Siberian railway and offers an exciting amalgamation of different forms of architecture and cultures. It’s a bustling city with many striking buildings, verdant parks, and sandy bays. Its iconic bridges and beautiful islands make it an appealing destination that epitomizes the oceanfront lifestyle.

The fact that the city was closed to outsiders for over 35 years is perhaps what makes it such a popular unspoiled destination. The glittering nightlife, friendly locals, and delicious food make it special all the more – one of the most amazing cities in Russia.

It is the country’s only subtropical resort city stretching along the picturesque coast of the Black Sea. Sochi is one of the most southern cities in Russia and is located about 1000 miles south of Moscow. The mountains and sweeping beaches of this amazing seaside city attract more than 4 million visitors every year. But it may have become popular since hosting the Winter Olympics in 2014.

While its many beaches make the city a popular destination in the summer, its nearby mountains make it a top travel hub for winter sports. The place has made its mark for its active recreation and eco-tourism opportunities. So whether you are looking for mountainous coastlines and gushing waterfalls or simply looking to visit the historical sites and enjoy the vibrant nightlife, the place is a modern leisure haven.

Situated 4,140km far from Moscow, it’s one of the biggest cities in Russia. Being the cultural and largest science center in the country, Krasnoyarsk attracts tourists from far and wide. Besides these, it’s the most important Siberian port on the Yenisei River. The high mountainous region, the deep canyons, and the thick taiga forest have made this city one of the beautiful places in Russia. Whether you are an avid nature lover or want to explore the beauty of modern cityscape, Krasnoyarsk will never upset you.

The Yenisei River and the Komunalny Bridge are popular attractions of the city. Walking along the bank of the serene river is truly an awe-inspiring experience. The Komunalny Bridge has still counted for its engineering excellence apart from the geographical boundaries. The pleasing ambiance, the cafes and restaurants of the Central Streets, and the spell-bounding Chapel of Paraskeya Pyatnitsa are the must-visit attractions of Krasnoyarsk. Also, one can find luxurious to budget-friendly accommodation in the city for a comfortable staycation.

Have you heard of Novosibirsk, the largest city in Siberia? If not, then, we are going to describe the third most populous city in Russia. Offering the charm of a provincial town, Novosibirsk is the home to more than 1.6 million of population. It’s not only the commercial hub but also the educational center of Russia. The bustling city allures the visitors with its rich architecture, history, culture, lively nature, and metropolitan vibe. The urban lifestyle here gets intertwined with the unspoiled beauty of nature.

You can take a stroll through the parks or enjoy a world-class performance at Ballet Theatre to make your visit an unforgettable one. Since Novosibirsk lies on the bank of the Ob River, it offers breathtaking views to the tourist. Apart from that, the stunning beaches, the beautiful pine forests, and the rich biodiversity make Novosibirsk a popular tourist destination in Russia. So, while making the bucket list, don’t forget to add it to experience the real charm of Russia.

The capital of Tatarstan, Kazan is another tourist destination in Russia. Being the melting pot of culture and heritage, Kazan is incredibly stunning and attracts tourists from far and wide. Nestled at the bank of the River Volga, it is one of the oldest cities in Russia. The distinct culture, the majestic historical structures, the mouthwatering Tatar Cuisine, and the tour to historic Sviyazhsk Island are some of the popular tourist attractions.

Whether you want to visit the most stunning cities in Russia representing the real culture and heritage of the country, Kazan would be the must-visit destination.

The cultural hub of Siberia, Omsk has endless things to offer the tourists. Previously, it was the gateway to Siberia and its significance still lies in it. Today, it is famous globally for neoclassical architecture, Siberia’s Oldest Museum, theatres, and heritage sites. While making a trip to Russia, don’t miss out on exploring Omsk for lifetime experiences.

How to visit these amazing cities?

Russia beguiles and fascinates with its amazing art, epic landscapes, and multifaceted society. The cities in Russia are well connected with different countries around the globe. Airfares are generally cheaper when booked in advance. However, the period between the end of April and the end of September is considered to be a high tourist season in the country. So, plan your trip accordingly and always carry the phone number of your country’s embassy 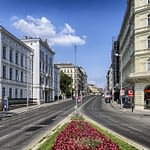 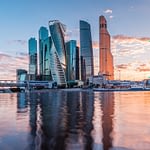 Cities in Greece – Top 10 Worth-Visiting Destinations in the World

Explore the Attractions of the Wonderful City Budapest

Experience the Magical and Charming Nightlife in Budapest