Istanbul attractions – The City where the East meets the West

Picturesque palaces and iconic architectural structures, Spectacular mosques, Ottoman Palaces, Byzantine Castles, the glorious remnants of rich History, delectable cuisine, and exotic Turkish culture have enriched Istanbul. Known as the largest Metropolis in Turkey, Istanbul was the home to the most powerful Roman, Byzantine, and Ottoman Empires. Therefore, this fascinating city has a richly diverse past.

There are very few cities in the world that had been the capital of four significant and leading empires. Those are – The Roman Empire, The Byzantine Empire, The Latin Empire, and The Ottoman Empire. Therefore, one can witness the remains of these empires in Istanbul. Apart from these, there are many more attractions in Istanbul that make it a popular tourist spot. Let’s find out the most famous tourist attractions in Istanbul.

One of the iconic monuments of Istanbul, Galata Tower is a must-visit place. Built in the 14th Century, this tower features itself as one of the oldest and highest architectural structures of the city. History says, from here Hezarfen Ahmed Celebi, who was the first man to fly by using wings. The name of this tower comes from its location. Tourists visit this tower to experience the stunning view of the panoramic landscape from its top.

Even, this great view inspired many famous artists to draw Istanbul as seen from the Galata Tower. Apart from the magnificent beauty, Galata Tower has historical significance. Built by the Genoese, its other name is the Tower of Christ. During the Ottoman Empire, this tower was for war prisoners, and later on, it became a fire tower. Due to earthquakes and fire, this historical monument got damaged many times but again restored. All these attract tourists across the globe to witness the historical evidence that is still alive here. Include it in your bucket list while planning to visit Istanbul.

Crafted by Mimar Sinan, the legendary architect, Suleymaniye Mosque is eminent for its distinctive features. The tomb of Mimar Sinan is also situated here. The staggering size, the impressive design, and the well-decorated interior make this mosque stand out of all. The most exciting feature is that the central dome is 47m high which amazes all the visitors. Apart from the structural excellence, the mosque has a rich historical background.

Built-in 1557, Suleymaniye Mosque acts as a great tribute to Sultan Suleyman the Magnificent. In the year 1660, a fire ravaged the mosque and it got restored by the architect to bring back the magnificence of this architectural wonder. The amazing fact is that you will find medrese (religious school), hospital, caravanserai, library, soup kitchen, bazaar, and tombs in the mosque complex, and some of these are still in use even today. To know more about the history of Suleymaniye Mosque, you must consider visiting this place with a guide.

Topkapi Palace is a vibrant remnant of the Ottoman Empire in Turkey. This picturesque palace is the reflection of the grandeur of the Ottoman dynasty. Built-in 1459, the name itself means “Cannon Gate”. This colorful palace offers us a glimpse of the lifestyle between the 15th and 19th centuries. During this period, it was the dwelling place of libidinous sultans, scheming eunuchs, and glamorous concubines. They lived and worked here as it was the royal court of the Ottoman Empire. Today also, it attracts people with its fascinating beauty.

When you walk inside the palace, the lavishly decorated pavilions, sprawling Harem, and treasury will make you spellbound. The wonderfully adorned Imperial Gate of this palace is another attraction of Topkapi Palace that also adds a definition to this picturesque monument. Visit this palace for a lifetime experience while enjoying a vacation in Istanbul.

The magnificence of Dolmabahce Palace is truly inexplicable. It is the luxurious Villa at the breathtaking European shore of the famous Bosphorus Strait. This majestic villa is an embodiment of the architectural fascination of the Ottoman Empire. Today, also, it flaunts the glory of ancient days with its finest structural design and gorgeously ornamented decoration. Hence, it has become one of the must-visit tourist spots in Istanbul.

Built between the years of 1843 and 1863, Dolmabahce Palace represents the extensive and exclusive craftsmanship of 13 years. It owns 285 cabins, 68 toilets, 44 galleries, 6 Turkish baths along with three symmetrically designed floors. The name ‘Dolmabahce’ means ‘filled-in-gardens’ and truly it makes sense as the palace is beautified with colorful flowers. Moreover, the panoramic beauty of the palace and its story welcome visitors from far and wide.

Istanbul is not only famous for wonderful ornate palaces, monuments, history, and its glorious culture, but also its serene beaches. Situated between the Mediterranean and the Black Sea, Istanbul is the home to numerous picturesque beaches. These sea beaches attract tourists for a tranquil ambiance and to enjoy adventurous activities. While planning for a romantic getaway, you can visit these beaches to soak yourself up in the Sun and enjoying the serenity to get rid of all weariness.

Some of the famous beaches in Istanbul are Golden Beach, Solar Beach, Nakibey Beach, True Blue Beach, Suma Beach Club, Kisirka Village Beach, BURC Beach, and many more. The beaches allure tourists from far and wide as they have a lot of things to offer excluding scenic beauty. For the party lover people, these beaches are a must to visit as they will find restaurants and bars there to satiate the hunger pangs and enjoy drinks while spending special moments with near and dear ones.

If you want to witness some of the world’s best Museums, Istanbul will be the ultimate destination for you. History itself has enriched the city and so, Istanbul takes pride in its Museums which are exceptional from the common Museums. From ancient artifacts to contemporary sculpture, you will find here something beyond your imagination.

Hagia Sophia Museum is widely notable as the most impressive and magnificent architectural structure. Once upon a time, it was a Byzantine Church, and later, converted into a mosque during Ottoman Empire. Finally, in 1935, it became a Museum. The gigantic discs with sacred Islamic inscriptions hang next to Christian mosaics are the greatest attractions of this museum. Are you not feeling the excitement to explore the hidden stories lying in this museum? If yes, then, don’t forget to add it to your bucket list.

Istanbul Modern Museum is another popular tourist attractions where people visit for its contemporary and modern art. SakIp Sabanci Museum also attracts the attention of the tourists since it is the home to Turkey’s some of the best collections including manuscripts and calligraphy compositions. Istanbul Archaeological Museum is another historical landmark that showcases both the sculptures and artifacts of Turkey and the Middle East. Apart from these, many other remarkable museums are there that make Istanbul famous in the world.

Basilica Cistern or Yerebatan Sarnici is one of the top tourist attractions of Istanbul. Like other monuments, Basilica Cistern distinguishes itself with its distinctive history and architectural magnificence. It is a huge underground hall looking like a palace that has been supported by three hundred thirty-six columns in 12 rows. Built in 532, Basilica Cistern is the largest Byzantine Cistern that is truly breathtaking. Amazingly designed For the Great Palace and adjacent buildings, it could store approx 80,000 cu meters water. As it lay under the Stoa Basilica, it became famous with the name of Basilica Cistern. In 1985, the Metropolitan Municipality cleaned and renovated the Cistern. After 2 years, in 1987, it got reopened for the common people. Till date, it is famous as one of the greatest architectural structures that welcome tourists across the world.

Chora Church or Kariye Muzesi is a historical site of Istanbul. The meaning of ‘Chora’ is Country in the Greek language. This church is famous globally for the most vibrant mosaics of the 14th century along with the frescos that are visible on the domes and the walls. This incredible Byzantine monument showcases various themes including the genealogy of Christ to the stories of the New Testament. If you want to explore some of the amazing artistry, then don’t miss out on visiting this famous church. So, have you got an idea regarding the tourist attractions of Istanbul? 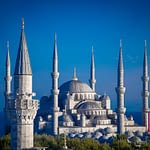 Things To do In Istanbul- A Popular Destination for Holiday 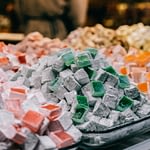 Things To do In Istanbul- A Popular Destination for Holiday

Best 25 things you must try in Dubai – Dubai attractions