Jaipur, named after its founder Maharaja Jai Singh II, is the largest city of the state of Rajasthan, India. “The Pink city” got its name due to the colour scheme of the buildings of the city. UNESCO World Heritage Committee inscribed Jaipur the ‘Pink City’ among its World Heritage Sites. Places to Visit like Amber Fort and Jantar Mantar are also part of the list of World Heritage Sites. In 2008, Jaipur was also list as the 7th best place to visit in India. The forts palaces and temples are the main attractions of the city due to their architectural significance and rich history. Here are some recommendations by Travel Guide Jaipur “The Pink City

Forts, palaces and monuments of Jaipur

Hawa Mahal (The palace of winds) is palace made of pink sand stone. it is great piece of architecture was built in 1799. By the Maharaja Sawai Pratap Sing. grandson of founder of Jaipur. Hawa Mahal has 953 small windows called Jharokhas.

Hawa Mahal palace is based on five floors each of which has a uniquely decorated chamber. There is a small museum as well which holds some rich relics and miniature paintings. The top of the palace offers a brilliant view of the City Palace. It is indeed a must visit place in Jaipur.

it is only 11km away from the city of Jaipur. This architectural masterpiece is build by the pink and yellow sandstone. The building of Amer Fort built by one of the most trusted generals of Akbar. Maharaja Man Singh I in 1592. The fort is big enough that it will take you at least two to three hours to explore it in detail, and you can also choose to avail of the audio guides to lead you through this fascinating building while explaining the history of the place.  Getting an elephant ride up the stairs to the Amber Fort is also a popular tourist activity. It is a part of UNESCO’s world heritage sites as part of the “Hill Forts of Rajasthan” along with five other forts.

Located near the City Palace in the city of Jaipur, Jantar Mantar is the largest stone astronomical observatory in the world.  Jantar Mantar is also has been on UNESCO’s list of World Heritage Sites.  The intelligent construction and placement of these instruments allowed the observers to note the position of space entities with their naked eye

The observatory in Jaipur is part of a collection of five other, Which are located in New Delhi and Mathura. The light and sound show is definitely captivating and places this in top locations to visit.

City Palace in Jaipur is one of the most famous tourist attractions located in the old part of the city. This palace was built by Maharaja Sawai Jai Singh, This palace consists series of courtyards, buildings and gardens. including the Chandra Mahal and the Mubarak Mahal.

The museum and the handcrafted work in this palace briefly showcase the Mughal-Rajput architecture. Only 2 out of the three gates of the palace are open for the public to visit. This architectural marvel definitely enhances the beauty of the Pink City of Jaipur.

The fort of Nahargarh being a hill top Fort, offers some great views of the city of Jaipur. One of the main attractions in the Nahargarh Fort is the Nahargarh Biological Park, which is an asylum for majestic animals such as tigers, leopards and the Asiatic lions. To get to the Nahargarh fort you can use any mode of transport and trek to the location itself.

This magnificent fort also called the “fort of victory”. It is situated in top of a cliff, this fort got its name because the fort was never conquered. Being a hill top fort, it provides a panoramic view of the city. The world’s largest cannon on wheels named ‘Jaivana’ also kept in this fort.

its believed Jaigarh fort is to be the strongest Fort out of the 3 forts. By Visiting this fort will complete the chain of the 3 forts and will get some great picturesque scenes of the city.

The Albert Hall Museum is the oldest museum in Rajasthan. It is located of Ram Niwas Garden in Jaipur. Albert Hall Museum has a extensive collection of artifacts. That is brought from the different regions in the world it is divided over 16 art galleries.

You can relax in the gardens with the stunning view of Albert Hall, Some of the rarest antiques have been kept in the galleries of this museum. This collection will definitely leave you in awe of the rich history.

Galtaji Temple is a prehistoric Hindu pilgrimage site.  This temple is situate at a hilly terrain. This temple have been made by pink sandstone its quite large templeand the walls of this temple is beautifully adorned with carvings and paintingsm That make this place worth visiting.

The Galta kund of this temple is believed that it never gets dry. Its pure and clear water flows from Gaumukh. The Galta Monkey Temple has a scenic landscape and has a spectacular sight of the Jaipur city.

The gentle chanting of the mantras creates a really positive aura. Besides the worshipers, This temple is visited by those was quite of fond of classic architecture. Attracting a lot of the worshipers and tourists, this place definitely makes it to the must visit locations of Jaipur.

Ideal stay in Jaipur – 3-4 days are ideal for a trip to Jaipur. 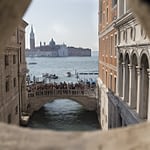 22 Things to do in Venice, Italy that most people do not 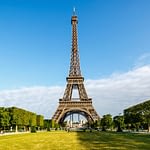 Things to do in Paris: 2020 Bucket List for Paris

Flavors of ‘The City of Joy’ | Top Restaurants in Kolkata