The city of Amritsar is the spiritual and cultural center of the Sikh Religion. This city portrays the heroic character of Punjab. Home to the glorious Golden Temple, Amritsar is a famous pilgrimage of Sikhs. A day in this peaceful city starts with the spiritual prayers from Gurudwara.

This place is also famous for its Jallianwala Bagh massacre and its proximity to Wagah Border. Amritsar is also one of the most agriculturally productive city in India and is well connect with important cities in India. The city of Amritsar is a historically rich and beautiful.

Here is a list of places to visit while in Amritsar.

Places to visit in Amritsar

One of the most spiritual places in India, the Golden Temple, also known as Sri Harmandir Sahib. It is the holiest shrine in all of Sikhism. The stunning golden architecture of the temple and the daily Langar attract a large number of visitors and devotees each day. The temple is open to devotees of all faiths.

The Community kitchen of the temple serves free food to over a lakh people irrespective of their religion or belief. The spiritual tank, the Amrit Sarovar, surrounds the glorious central shrine. Golden Temple is indisputably one of the most exquisite attractions in the world.

Wagah Border is one of Best Places to Visit in Amritsar

Lying in the middle of Amritsar in India and Lahore in Pakistan. The border crossing draw its name from Wagah village, which is near the Radcliffe Line, the boundary demarcation line dividing India and Pakistan upon the Partition of British India, was drawn.

The Wagah Border Ceremony, held every day at the border crossing, is the prime attraction for the tourists and patriots.  Every evening, just before sunset, the soldiers from the Indian and Pakistan military meet at this border post to engage in a 30-minute display of military camaraderie and showmanship.

This ceremony is hold two hours before the sunset; both countries close their side of the border and lower their flags. The flag ceremony is conduct by the Pakistan Rangers and Indian Border Security Force. The crowd engages in chanting the Indian national anthem.

This energetic ceremony is a sight to behold and gives Goosebumps to anyone watching the ceremony.

Jallianwala Bagh is a public garden that also houses a memorial to commemorate the massacre of peaceful celebrators by the British forces. This garden is associate with one of the most heart-wrenching incidents of Indian history. Thousands of innocent people were killed on the order of General Dyer as the people were gathered to celebrate the occasion of Baisakhi.

Jallianwala Bagh is now turn into a beautiful memorial park. A number of structures are present inside the premises which resound the cruel acts that occurred here. These include a wall that still has the marks of the bullets that were fired blindly at the civilians and a well in which many people jumped to save themselves from the bullets.

An air of frightening calm still stays over the Jallianwala Bagh and gives one a feeling of indescribable sadness and peace.

Punjab State War Heroes Memorial and Museum showcases the Brave hearts of Punjab. The museum immortalizes the bravery of the soldiers of Punjab, displayed throughout with a spirit of patriotism. The museum has a collection of photographs of the 1965 and 1971 war.

A large painting has been made in the memory of 21 soldiers who were martyr in the war of 1971. The 7D auditorium is a must-do experience during your visit here, transporting visitors to the war zones of the past. The key attraction of this museum is the 45-meter stainless steel sword preserve at the center of the place.

The sword represents the strength and courage of the people defending the nation at the peak hour of war.  The decommissioned aircraft carrier ship MiG-23, INS Vikrant, and 3 tanks are also exhibit here. This museum is a great reminder of sacrifices given by Indian Brave hearts for our freedom.

Khalsa College Must Visit in Amritsar

This 124-year-old historic educational institution spread in 300 acres of land is the highest-ranked Sikh institute.  This architectural wonder was build on the same location that Guru Hargobind won his very first battle. The building of Khalsa College constructed in the Indo-Saracenic style with influences of the traditional Indian and Mughal architecture.

The college was designe by Bhai Ram Singh, who was the principal of Mayo School of Arts, Lahore. This college has featured in many of the Bollywood movies. If you want to visit this college you need to take permission from the college authorities.

The Gobindgarh Fort is a historical museum and cultural theme park showcasing the history of Punjab and Punjabi culture. The laser light shows held here are quite popular among the tourists. Performances of Punjab’s folk dance (Bhangra) and martial arts (gatka) was also held here to showcase the rich heritage and culture of Punjab.

The art museum houses many paintings of the many saints and warriors across Punjab’s history.

Partition Museum to Visit in Amritsar

The Partition museum of Amritsar houses paintings and artifacts which bring back memories of an earlier time.  The museum is a part of the newly inaugurate Heritage Street at Amritsar, which begins from the Golden Temple and ends at the Town Hall.

The exhibit at the Partition Museum include newspaper clippings, photographs as well as personal items that were donate by people who had witnesse and live during the Partition. The museum is devote to the victims & survivors of the partition of India. 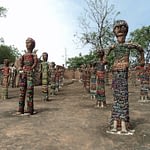 Place to Visit in Chandigarh “The City Beautiful” 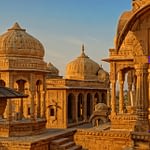 Best Places to Visit in Jaisalmer “The Golden City”

Explore the Most Amazing Places to Visit in Kashmir