One of the most beautiful buildings in the world, Taj Mahal is best Places to visit in Agra. It was build by the Mughal Emperor Shah Jahan as a memorial for his third wife, Mumtaz. Taj Mahal is one of the Seven Wonders of the World. This UNESCO’s world heritage site attracts millions of visitors.

Totally built out of white marble, this magnificent monument took 17 years to complete its construction. There are water channels and fountains at the entrance to enhance the beauty of this wonderful monument to another level.

The most spectacular feature is the marble dome that surmounts the tomb. The dome is nearly 35 meters high which is close in measurement to the length of the base. It is the best example of Mughal architecture and a symbol of India’s rich history.

About the city of Agra

Agra is a popular tourist destination as it is home to one of the 7 wonders of the world, the magnificent Taj Mahal. The city of Agra is a perfect blend of History, Architecture, and Romance. History enthusiasts and architecture buffs are sure to have a ball here with the sheer expanse of the Mughal art and culture on display. Apart from its monuments, Agra has some exciting stuff for foodies.

It is as famous for its Petha as it is for the Taj Mahal. Agra is also well known for its marble artifacts which are best bought in the Sadar Bazaar or Kinaari Bazaar area. It only takes a day to cover all the places in Agra. Here is our list of the top places to visit while you are in Agra.

Other Places to visit in Agra

Built by the great Mughal emperor Akbar, the Red Fort of Agra is an architectural masterpiece.  It is located on the right bank of the River Yamuna and is made entirely of red sandstone. One of the UNESCO World Heritage Sites, Agra Fort lies 2.5 kilometres from Taj Mahal.

It is the perfect example of Mughal art and architecture, built purely out of red sandstone. Some part of the Agra Fort is used by the Indian Army and public entrance is prohibited there. This historical monument is a must-visit for visitors of Agra.

Fatehpur Sikri is a town in Agra district and a famous tourist attraction which is located at a distance of 40km from the main city of Agra.  Now a UNESCO world heritage site, it is home to Jodha Bai’s Palace, Jama Mosque, Buland Darwaza, and Tomb of Salim Chisti among many other famous monuments. Sunsets at Fatehpur Sikri are one of the most beautiful ones can ever experience.

Jama Masjid at Agra is one of the largest mosques build by the Mughals in India. Itis dedicated to Mughal emperor Shah Jahan’s favourite daughter Jahan Ara Begum. The Jama Masjid was build mainly of red sandstone and white marble.  Every Friday, thousands of devotees attend the special prayers at the mosque that is why this mosque also has the name of ‘Friday mosque’. Many devotees and tourist visit this place.

The tomb of Itimad-ud-daulah is a Mughal tomb. This is the first tomb in India build entirely of marble. The tomb was commissioned by Nur Jahan. The wife of Jahangir, for her father Mir Gheyas Beg.  It consists of Indo-Islamic architecture, with the use of arched entrances and octagonal shaped towers. This magnificent tom, built on the banks of Yamuna, has inspired the construction of “Taj Mahal”.

Mehtab Bagh is a garden complex. One of the last Mughal gardens in Agra.  It is located just north to the Taj Mahal and gives a great view of the Agra Fort and Yamuna River on the opposite side. Shah Jahan especially design the bagh for his personal interests so he could come up here and admire the infinite beauty of Taj Mahal. Mehtab Bagh is now converted into a Horticulture Garden.

Akbar’s Tomb is present in Sikandra, the outskirts of Agra and spreads over an area of 119 acres. This architectural masterpiece is the final resting place of Mughal emperor Akbar. Emperor Akbar himself oversaw the construction of this tomb until his death. The main tomb is present in between a beautiful garden that Akbar design himself. There is one thing unique about this tomb, it is build facing towards the sunrise, unlike other tombs that are build facing towards the Mecca Masjid. This monument is a must to visit if you plan your visit to Agra.

Anguri Bagh is centrally present in the premises of Khas Mahal in Agra Fort. This is a must-visit spot while you are visiting Agra Fort. The garden accurately has the name ‘The Garden of Grapes’ because of the grape cultivation. The main part consists of a hall with recess and rooms in a surrounding semicircular pattern and a huge courtyard in the front with tanks, and fountains overlooking this beautiful garden.

Situated inside the Taj Mahal complex, Taj museum provides a wonderful opportunity to have a close look at the blueprints, arts and artefacts used in the construction of the world-class monument. As the name suggests, the museum is all about telling the tale of the Taj. It is a popular place of visit among the travelers as it is home to the facts and history relating to the magnificent monument. This place is a must to visit for all and especially for history enthusiasts.

Chini ka Rauza is the tomb of Allama Afzal Khan Mullah, the Prime Minister of the Mughal Emperor Shah Jahan. This tomb has a marvellous fusion of the Indo-Persian style. It is the first monument of its kind to be decorated by glazed tile work, known as Chini. Chini ka Rauza has located 1 km from Itimad-ud-daulah’s Tomb and is a must-visit for the visitors of Agra. 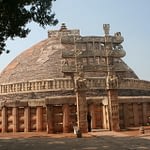 Places to Visit in Madhya Pradesh 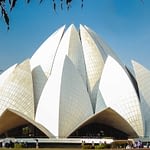 Explore the Most Amazing Places to Visit in Kashmir