Moscow is clearly one of the most enigmatic destinations in Russia and Europe. Its fascinating history, awe-inspiring architecture, and world-famous attractions give it a vibrant and colorful feel. While it is one of the most populous cities in the world, the city hasn’t wavered from its strong cultural and social traditions. So here’s the ultimate first-timer’s list of things to do in Moscow

Things not to miss in Moscow – the capital of Russia

Everyone is aware of the Kremlin in Moscow’s Red Square, but there is another! This less-known Kremlin is located in the northeast part of the city and has an unexpected, fairytale wonderland-like feel to it. The word Kremlin means citadel or fortress. While you can find these in many cities across Russia, the Izmailovo Kremlin came up in 2007.

Unlike some of the others built for protection, they made it as a cultural center and marketplace. It was inspired by the architecture and fairytale depictions of Old Russia.The bustling complex is home to many museums, and next to the building lies the Izmailovo District’s landmark open-air market, dating back to the 17th Century.

Believe it or not but there’s an elaborate tunnel system snaking beneath the streets of Moscow, leading to Bunker-42, a secret cold war fortress. It was designed and built right after the country’s first series of nuclear tests (then Soviet Russia). The fact that the workers built this and the secret passages without damaging the existing infrastructure or alerting the public is quite commendable.

Strategically located inside a hill, the bunker was for Stalin and other premier government officials within the USSR. Though they completed it in 1956, it was never put into use in its full capacity. Today, it only lies as a historical marvel and is equal parts museum to help people see what was life like during the Cold War era.

Clearly one of Moscow’s most macabre attractions, this is perhaps the most famous modern mummy around the globe! The building holds the embalmed remains of Vladimir Ilych Lenin for visitors to gaze upon in the cool, dark tomb. Lenin, the leader of the famed Bolshevik Revolution died in January 1924 and the government planned to bury him, but the general masses wouldn’t have it. Instead, the people asked for the leader to be preserved in some way for future generations. Thus, in response to the public outcry, the government commissioned the mausoleum in 1929 and later unveiled it in 1930.

In Moscow, the gorgeous gateways into the city’s underbelly look more like stunning halls than subway stations! In the Russian capital, these are real architectural stunners. Every station is different and they all look exquisite. Colorful mosaics, stained-glass windows, and chandeliers, all these together make the stations more inviting. This is thus also part of the top things to do in Moscow.

This famous verdant sanctuary lies in the heart of Moscow and has a charm of its own. It cleaves Kolomenskoye Park into two halves. Though once a royal estate, this public wilderness is now an inviting place for a stroll. However, the place has an air of mystical intrigue, and the earliest tale of mystery regarding it dates back to 1621. However, back in the 19th century, two local fellows decided to take a shortcut through the ravine and turned up again 20 years later. They claimed to have been trapped in a dense fog and were shocked to find that two decades had passed. When the police started an investigation, one of them again vanished into the fog and never returned again.

One of the renowned foreign art museums of Moscow, Pushkin Museum showcases a wide selection of European masterpieces. The collection includes the masterpieces of ancient civilizations, the glorious phase of the Italian Renaissance, and the Dutch Golden Age. These incredible collections attract visitors from far and wide with historic interest. The finest masterpieces of Botticelli, Veronese, and Tiepolo will definitely mesmerize you and make you experience the rich art and culture of those days. Don’t miss out on visiting this museum during your vacation in Moscow.

Moscow is the most vibrant capital city in Europe offering world-famous places and attractions. The history and rich culture of this city is truly worth exploring. Tretyakov Gallery showcases over 17,000 masterpieces and the amazing collections of Russian art that represent ancient religious paintings and the modern forms since the early stage. Founded by and named after Pavel Tretyakov, this museum is one of the famous and finest art galleries in the whole world. So, are you not feeling excited to visit the place representing artistic heritage? If yes, then add it to your bucket list now.

It is one of the iconic architectural structures and famous sites in Russia. The whimsical structure adds an appealing look to the structure and allures the tourists to experience the beauty that lies in it. Built in the period between 1550 and 1560, it is located in the close vicinity to Moscow’s Kremlin. The structure looks like as it came out of a fairytale and sure to awe-inspire you. To visualize the state-of-the-art structure, you can search on the internet, and surely, it will attract you.

GUM is the shopping lovers’ paradise as it is the prime department store in Russia. The stunning interior design and the wide variety of boutique stores truly make it a must-visit destination. The legendary store is not only the home to more than 200 luxury boutique stores but also it’s an architectural structure with glass-roofed arcade faces. Constructed between 1890 and 1893, GUM is the representation of timeless legacy and luxury. Along with the premium boutiques, the classy eateries are the attractions of this place.

History is still alive in each nook and corner of Moscow. Arbat Street is one such example that makes you take a tour to historic sites of the city. Besides historical facts, the cafes and restaurants with lip-smacking delicacies and live musical shows are really worthy to visit. The souvenir shops and the tattoo salons, theatres – all draw the tourists every year across the geographical boundaries. Let your eyes experience something beyond the imagination with a walk along Arbat Street.

It’s the lush green space in the city of Moscow that offers unlimited entertainment. From outdoor dancing sessions to yoga and fitness programs during the summer months and numerous sports activities make this place a famous tourist spot in the country. During the visit, you can enjoy rollerblading, ping-pong, cycling, skateboarding, and many more. In the winter, it attracts tourists as the park turns to be the biggest skating rink in Moscow. Also, one can enjoy the excitement to watch movies in the open-air theatre. Make sure to add it to your bucket list before booking the holiday packages to Moscow.

As we said, Moscow has endless things to offer, Sparrow Hills is one such tourist attraction in the city. Located a few walk away from Gorky Park, Sparrow Hills is a legendary park that offers a closer view to the Stalinist Skyscrapers. For a more exciting view, you can go for the cable car ride.

Don’t forget to embark on a journey of exploring the authentic taste of Moscow. The small alleys of the city are the home to some of the world’s finest tastes that will satiate your soul. You can book the food tour packages or simply walk along the streets of Moscow to discover delectable Russian Cuisine. Also, you can visit the oldest eatery in the city to relish the taste for a gastronomic delight.

When visiting a famous city like Moscow, you should probably go through the iconic landmarks first. But then, there’s no point following the herd! The city offers much beyond the top spots – destinations that do not get enough recognition but should be part of your list of things to do in Moscow. So, if you too are eager to visit the unusual places in the city, feel free to connect with us. For more information, stay connected with us and keep on following our latest posts. 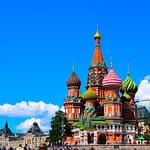 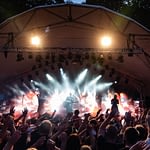