Paris is one of the most famous and fantastic travel destinations in Europe. Paris is the capital of France, and it is one of Europe’s largest cities with more than 2.5 million population. The city is well-known as a beautiful and as one of the most romantic cities in the world. This fantastic city is vibrant, with a high range of cultural, art, food, historical ruins, architectural designs, and technology.

Paris is a city in which you can visit different kinds of places, including world-class museums to hidden places. You will never get tired of things you can do in Paris. In this article, we are going to help you with the 31 best places to visit and things to do in Paris. So, keep these places in your Paris bucket list.

If you visit Paris, the 1st visit should be the Eiffel Tower. Your Paris tour will be incomplete without visiting the city’s most iconic landmark. This incredible symbol of Paris can be seen from almost anywhere in the city. The Eiffel tower is one of the tallest steel structures in the world, which has 324 meters in height and risen in 1889.

Climbing Eiffel tower is an unforgettable experience for your itinerary. After climbing its three levels, you can get to the top of the tower. The view of the city is fantastic when you are at the very top.

You can also take a visit to the Eiffel Tower in the evening. You will have fantastic views of the shining lights of Paris.

Louver Museum – One of the world’s biggest Museum

Louver Museum is a paradise for all kinds of travelers and historical explores. This fantastic Museum has eight main art galleries, including Oriental, Egyptian Antiquities, Greek, Etruscan, and Roman Antiquities.

You can see the world-famous art “Monalisa” here. Some of the most visited art such as Venus de Milo, the Code of Hammurabi, the head of a matriarchal, and Winged Victory of Samothrace is the other famous arts in the Louver Museum.

A Walk down Champs-Elysees

Walking down the Les Champs Elysees is one of the best things to do in Pairs. The Champs-Elysees is about 2 km long and is the most beautiful and famous avenue in Paris. It connects Arc de Triomphe with the Place de la Concorde and well-known as one of the world’s most prominent commercial streets.

If you walk through the Champs Elysees to the Louvre, you will see many beautiful buildings, beautiful gardens, majestic squares, long avenues, and historical landmarks.

Arc de Triomphe – Take a photo in front of the world’s most famous arch.

No vacation is complete without taking a photograph in front of this well-known arch building.

The Arc de Triomphe is one of the most famous monuments in Paris, located at the western end of the Champs-Elysees at the center of Charles de Gaulle.

This arch Built-in 1806 by Napoleon in honor of his victorious armies and completed in 1836.

The Musee d’Orsay is one of the world’s richest and most famous museums. It has a valuable art collection, including Matisse, Monet, Degas, Van Gogh, and Rodin. The Museum also covers several major temporary exhibits and some unique art events throughout the year. Including these reasons this Museum is an attractive destination in Paris.

Another top-rated museum in Europe. The Musee Marmottan Monet has an art collection of 700 years, from the 13th century to the 20th century. You will be wonder while watching the over three hundred art collection of Claude Monet. Also, you can see here ancient Napoleonic arts, furniture and Italian, and Flemish primitive paintings.

The Museum is located in the Tuileries Garden next to the Place de la Concorde. The Musee de l’Orangerie is a famous art gallery that displays Monet’s magnificent Waterlilies murals.

The Musee Rodin (The Rodin Museum) is another famous museum in Paris. The Museum and its statues are mainly made by the most celebrated French artist Auguste Rodin. You can see the excellence of men and women’s living statues.

Notre-Dame de Paris is one of the oldest Gothic Cathedrals in France as well as in the world. Its towers have incredible views of Paris in day time and evening. The cathedral has two towers, which have 226ft tall. It will be an unforgettable experience if you climb to the top of the tower; you can see the magnificent views of Paris.

Visit the Palace of Versailles is another exciting thing you can do in Paris.

The National Estate of Versailles is a large property of over 1900 acres. It is a world heritage destination welcoming nearly 15 million visitors each year. The Palace of Versailles is an old royal residence, and it consists of a history museum and a national historic building.

You can start the walk in the Royal Courtyard, make your way around the different areas of the Palace.

Don’t forget to go through the gardens and groves to visit the two Palaces of Trianon and Marie-Antoinette’s Estate.

If you need to see some magnificent sunsets in your life, Sacre-Coeur is one of the best places in the world. Go through the Montmartre and walk towards the Sacré-Coeur, and you may find many tourists who try to see the sunset. There, you can see the magnificent views of the city.

The Pont Neuf is the oldest bridge across the river Seine in Paris, France. The construction of the bridge is completed in the early 17th century. The bridge has the span of five arches crosses the Seine from the Left Bank to the western end of the Ile de la Cite.
The other span of seven arches joins the island to the Right Bank.

Place de la Concorde is the largest square in Paris. It is located in the 8th arrondissement of about 8 hectares in the area. Its old name was Place de la Revolution.

Palace de Concorde is located at the bottom of one of the world’s most famous avenues. The top part of the square has an octagonal. And it is made of beautiful pink granite.

The Sainte-Chapelle is located within the Palais de Justice complex on the Ile de la Cite in the center of Paris.

It has beautiful Rayonnant Style of Gothic architecture, and built by was built by Louis IX, king of France. Sainte Chapelle is a perfect place for a historical explorer.

The Pompidou Centre is one of the most visited museums in France. The famous landmark is ideally situated in the 4th arrondissement at the center of Paris.

Since it’s started in 1977, after many criticisms, some called it an eyesore; others praised its high-tech architecture made up of colorful pipes and massive steel structure.

Walkthrough Montmartre is one of the best things you can do in Paris. One of the most charming, mythical, and hidden places in Paris. It is placed on the northern hillside.

The Wall of Love

The Wall of Love is a love-themed wall of 40 square meters in the Jehan Rictus garden Square in Montmartre. The wall was created in 2000 by calligraphist Frederic Baron and mural artist Claire Kito.
The wall consists of 612 tiles of enameled lava, on which the phrase “I love you” is featured 311 times in 250 languages.

Paris’s most famous cabaret, the Moulin Rouge has an old history of 100 years.
It is called the birthplace of the iconic can-can dance. Visitors from around the world come every day to take in the spectacular show.

Canal Saint-Martin is one of the favorite places in Paris, especially during the summer. It is less crowded than the Seine. Many locals generally gather in this area., so if you’d like to feel like a local, we suggest to visit here.

While you are visiting Paris, this is one of the best things to do in here. Bouquinstes Shopping has a long tradition the Bouquinistes of Paris that dates back to the 16th century. In the very first time, small-scale merchants operated secondhand bookstalls along the Seine. Bouquinistes merely is meaning there is a bookseller.

A Seine River Cruises is an excellent way of watching the beauty of Paris. These short river ride can easily observe in many of the highlights of the city such as Louvers, the Eiffel Tower, the Musee d Orsay Notre Dame Cathedral.
Since 1991 the seine river in Paris was inscribed as a UNESCO world heritage.

If you want to see everything and everywhere in Paris from one spot, this is the way to see the incredible panoramic view of the Eiffel tower and the most famous places in Paris.
Montparnasse Tower has 200m in height, and the panoramic Observation Deck gives you an unforgettable memory.

The catacombs lie more in-depth than the Metro and sewer systems. These 200 miles long of old caves, consists of the ruins of former Parisians.

The bridges Pont Alexander III is one of the most symbolic bridges in Paris due to its architecture and location. In the end, it has a large 17-meter-high tower.
From the bridge, you can see the views of buildings as well as the Eiffel Tower and over the Seine. It is a famous place for walking at any time of day or night.

Shakespeare and Company is a small and crumbling bookshop on Paris’s Left Bank. However, it may be the most famous bookstore in the world.
Shakespeare & Company was the first publisher to publish the entirety of James Joyce’s “Ulysses.”

The Pantheon has the shape of the cruciform with a high dome over the crossing and lower saucer-shaped domes over the four arms. The building built in 1757 by the architect Jacques-Germain.

Palais Garnier is the most famous Opera House in the world. It is a paradise of beautiful architectural designs. You will wonder with so many eye-catching wall arts, statues, colorful roofs, multi-color carpets, and paintings.
You can join with a guided tour or simply purchase entry tickets and experience the Opera culture of Paris

A bit hard to find, but Coulee Verte Rene-Dumont is located behind the new Modern Opera near the Place de la Bastille.
On the street, there are several unique stores built under the arches which support the old railroad bed, which has Great views in the evening.

Walking among the dead is both Uncomfortable but exciting. The cemetery was built in 1804. A lot of travelers visit here every year.
Be careful! When you walk through the cemetery, it’s easy to get lost among the giant crypts and trees.

Walk through the Latin Quarter

No vacation to Paris is complete without a visit to the Latin Quarter in the 5th arrondissement, on the Left Bank. There are lot of restaurants and cafes you can enjoy. They are filled with locals, students, and tourists.
Here some famous places that you can visit: The Pantheon, the Musée National du Moyen-Age, the Luxembourg Gardens and Museum, and the Arenes de Lutece.

Bois de Vincennes is the largest park in Paris, which has over 1000 years of history. It also called the oxygen-giving left lung of the city. When you’re tired of the city streets, go to Bois de Vincennes garden and take a break.
You can walk or ride through the trails in the garden. Also, it has a castle to explore, a children’s farm, a mini-golf, and a historic garden. 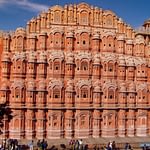 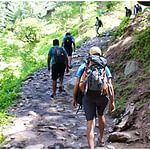 Kasol and Trek to Kheerganga

Cities in Greece – Top 10 Worth-Visiting Destinations in the World

Explore the Attractions of the Wonderful City Budapest