Moscow may well be Russia’s most cosmopolitan city, but St. Petersburg is clearly the beating heart of the country. It is the cultural and historical hub of Russia. In fact, the city has a regal feeling, and in many ways, is quite inspiring. So, whether you already know the important places worth visiting or perhaps still open to suggestions, here’s a small list of things to do in St. Petersburg.

The museum lives up to its sterling reputation and has an enormous collection of over three million items, out of which only a fraction of it is displayed to visitors. Founded way back in time when Empress Catherine the Great started collecting work of art in the late 1700s, the museum wasn’t open to the public until 1852. In fact, it is the second-largest museum in the world after France’s Louvre. 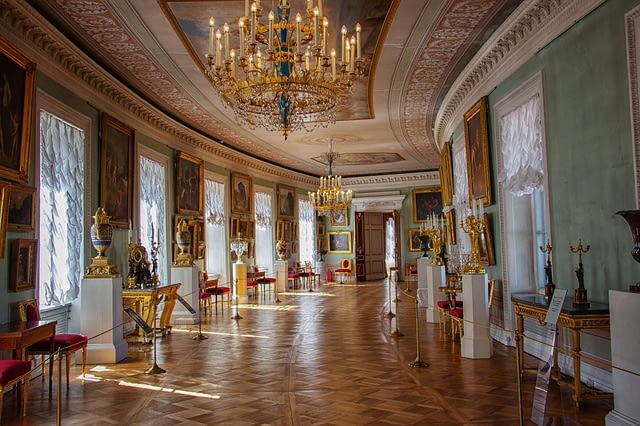 As the name implies, it was built to protect the state from foreign attacks. Though initially constructed back in 1703, it was later modified and extended for over four decades! It never saw any real action but has a dark story behind it, as during the Bolshevik revolution in the early 20th Century, it served as execution quarters. While the fortress walls offer panoramic views of the place around, the sandy riverside beach is the perfect spot for sunbathing. 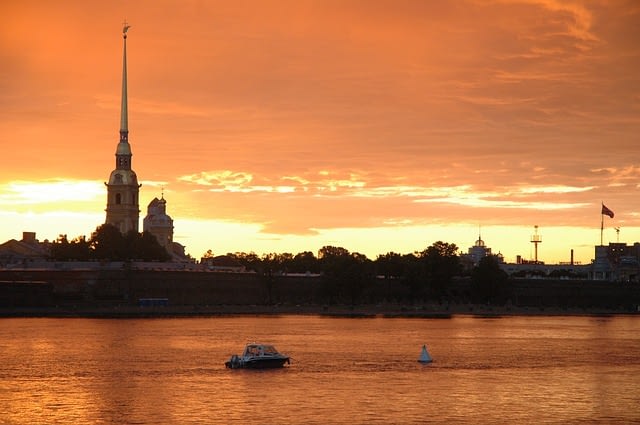 The canals in the city once played an important role in preventing floods, and though they still do keep the rising waters at bay, the canals are now also used for beautiful cruises down the Neva. The canals stretch over 300 kilometres and have over 800 bridges for pedestrians an

d traffic. While the Griboyedov Canal flows under 21 bridges and covers most of the city’s historical landmarks, the shorter one, the Winter Canal, passes by the Hermitage Theatre and the Winter Palace.

Built back in 1859, the theatre played a major role in the rise of the Russian ballet, and still remains as one of the most respected cultural institutions. It is an absolute must-visit for all looking to set eyes on one of the world’s greatest opera stages. Since its inception, the Mariinsky has hosted some of the greatest musicians, singers, and dancers, from around the globe. It

is a masterpiece of neoclassical architecture that looks opulent from every angle.

Although with just 30-something rooms, it isn’t anything like the typical tsarist palace, yet, it’s an imposing structure nonetheless. Later, the building was grossly enlarged. Catherine the Great did try to tone things down a bit but this is not evident from the glittering halls or the art-filled galleries. That said, all the paintings, chandeliers, and furniture were removed from the palace before the Germans attacked during WWII.

St. Isaac is clearly the world’s largest Orthodox basilica, but the building has now been converted into a museum. The building took about 40 years to complete and features many ancient paintings and coloured stonework. While work started in 1818, it could be completed only in 1858, as Nicholas I wanted a more grandiose structure. The cathedral has lavish interiors and boasts of a 262 step climb to the drum of the dome that provides an amazing view of the city around.

Church of the Saviors on Spilled Blood

This multi-coloured church was designed to represent traditional Russian architecture. It was built where Alexander II was fatally wounded and took about 20 years to be completed – partly because of budgetary constraints, and partly because of the interior décor that wasn’t easy to come by. Both the interior as well as the exterior of the church is emphatically detailed with mosaics and are now a museum of mosaics.

It’s the largest island in the city which is home to numerous landmarks and stunningly beautiful parks. Many branches of The Russian Academy of Sciences are situated on this island. Apart from these the breathtaking beauty of the island attracts the attention of the tourists. During your trip to St. Petersburg, don’t miss out on exploring this island which has a rich historical past and many more interesting things to offer.

Russia is a country with rich historical background. Till date, many tourists visit the country and its amazing cities with historical interest. Even if you are not interested in history, this country will make you curious to explore its heritage, culture, and past. Museum of Fine Arts is one such place to visit in St. Petersburg to take a tour to the glorious past. Located at the heart of the city, this museum showcases the masterpieces of ancient days including Monet and Renoir. To the travelers, the museum represents itself as the hidden gem of the city. Definitely, you are feeling too excited to visit this museum. Let’s go to St. Petersburg where history is still alive.

Known for the opulent architecture, churches, palaces, cathedral, and the Russian National Library, Nevsky Avenue is a popular tourist destination. Named after the famous Alexander Nevsky Lavra monastery, it’s the home to the world’s one of the oldest shopping arcades. This Avenue also houses high-end shops for shopping lovers, and fancy restaurants, and swanky hotels. If you do not feel like shopping for anything, the charming atmosphere will surely mesmerize you. Also, for art lovers, Nevsky Avenue is the ultimate destination as many artists are there whom you’ll find along the way. Let’s explore all the attractions of Nevsky Avenue during the vacation in St. Petersburg.

It’s a naval ship with an armored deck anchored on the famous river Neva. Cruiser Aurora is one of the most visited attractions of the Central Naval Museum. Made in the early 1900s, the Aurora served at the time of the Russo-Japanese war. Till date, the tourists can take a visit to the rooms of the ship. However, don’t forget to enjoy the awe-inspiring views of imperial buildings from the wonderfully adorned deck of Aurora.

Expanded around 3,190 acres, the Weedon Island Preserve comprises aquatic as well as upland ecosystems. During the trip, you can experience the thrill of the hike here with the assistance of guides or walk along the boardwalks through mangrove forests and tidal flats. Along with these activities, you can enjoy kayaking, bird-watching, fishing, catching sea trout, and many activities that will cause an adrenaline rush.

It’s another amazing destination in St. Petersburg. The market is not only the perfect place for buying fresh produce but also gifts. Hence, it’s a must to visit place for shopping enthusiasts. Apart from the shopping elements, the ambiance is truly amazing to roam around. You’ll find live musical performances, magic shows, balloon performances, and many more. Does it seem to be quite interesting for you? Then, enlist it on your bucket list to avoid missing out.

Explore the nightlife of St. Petersburg

St. Petersburg has a vibrant nightlife to offer its tourists. If you are a party-loving person, you will find all types of entertainment options here for chilling out. Depending on your preferences and taste, you can deck up for the ballet dance, or simply dance with your partner, or enjoy spending time at the clubs. The nightly ambiance of St. Petersburg truly attracts young people as it’s the best place to hang out with near and dear ones. Also, live musical performances are there to make you refresh your mood. The rocking ambiance of the bars, energetic locals, loud music, and cold Russian Vodka all are there for an unforgettable experience. Apart from these, you can experience live concerts and shows or visit the theatres. Lots of bars are there. Hence, you must not forget to visit St. Petersburg as life awaits here with unlimited fun.

St. Petersburg is quite literally one of the most fascinating cities of Russia, and hence, it’s easy to feel confused when deciding about the things to do in St. Petersburg. In fact, it pays to look outside the given set of attractions. So, if you too are looking for ideas for a visit to this wonderful city, feel free to connect with us. Our custom packages are designed to suit travelers of all kinds, whether you seek a luxurious escapade, or prefer a more simplistic but wholesome 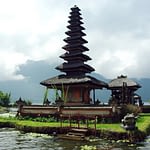 Top 14 Alluring Things to Do in Bali for Unforgettable Experience 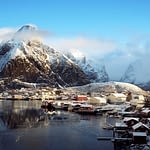 Attractive and Adventurous Things to do in Norway